A couple of weeks ago I had the opportunity to attend the premiere of the Cirque du Soleil show – KURIOS – Cabinet of Curiosities™ with my daughter Emma. I’d only attended one Cirque du Soleil performance before, which was slightly non-traditional in the circus sense, so I was very excited to see the iconic blue-and-yellow Big Top which was set up at The Portland Expo Center.

The experience did not disappoint. We made our way up to Portland and parked at The Portland Expo Center, where there is always ample parking. Immediately we saw the very large blue-and-yellow Big Top and made our way over to the transformed area. Outside we were greeted with plenty of fun photo prop opportunities, performers outside, and adorable little red clown noses that my 9-year-old got very excited about.

The other night I drove up to Portland with a new friend to see the Broadway performance of Finding Neverland at the Keller Auditorium in Portland.

In all honestly I wasn’t sure what to expect with this performance, as the story was new to me. I had heard of the 2004 movie – but never saw it and didn’t know the details of the story.

Finding Neverland is the story about the author J. M. Barrie, who created the beloved classic Peter Pan. It follows J. M. Barrie’s struggles with his own imagination along with learning to cope with adults who disapprove of what was deemed as child-like behavior.

The story is actually quite interesting.

In a nutshell it’s about a writer who is having a difficult time creating a play that is new and exciting. He begins looking in different places for inspiration and finds it in a park of all places, where a widow and 3 out of her 4 boys were playing make-believe. He is intrigued and then begins to develop a platonic relationship with the mother along with her sons, and really learns how to become in touch with his childhood imaginations and mind.

While the story is actually fairly complex, Finding Neverland brushes over a lot of the perhaps complicated relationships, however it does pull at your heart during a couple sentimental moments ( you may need to bring a tissue or two).

Hello everyone! It’s a gorgeous afternoon here in the Willamette Valley, and right now I’m sitting down at a park while the kids play on the playground and in the water features.  If you’ve been following along on Instagram you know that we recently got back from a trip to northern California and southern Oregon. Our primary purpose for the trip was to visit family, but we managed to squeeze in some extra fun as well. 🙂

Today I want to share a little information for you about a soccer camp that Noah attended a couple of weeks ago, hosted by Challenger Sports.

Anika attended one of their camps last year  in Salem, and this year I decided to let Noah go to a half-day camp in Sherwood held at their YMCA.

Happy July everyone! I can’t believe this year is already over half over. I know I say it frequently on here, but time just seems to fly by faster and faster every year.

A couple of months ago I was asked to become a Mean Green Ambassador. What does that mean? Over the next few months I will be testing out a variety of cleaning products and sharing with you my thoughts on them and will give you tips on how they can help you keep your home clean. 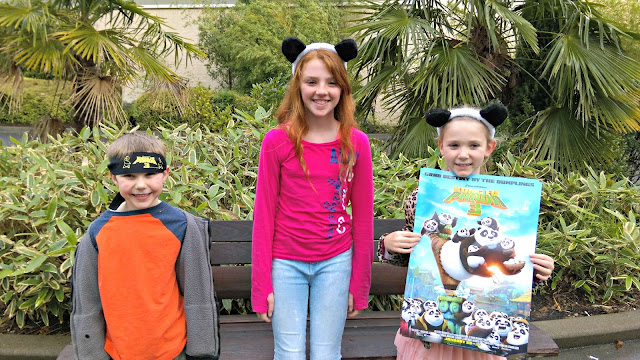 Kung Fu Panda 3 hits theaters today, but my family and I were lucky enough to snag an invitation to a local red carpet premiere a couple of weeks ago and excitedly went to the theater to watch it before it was released.
We have always been a fan of the Kung Fu Panda movies, so naturally the kids were very excited to see movie number 3. I went mostly for the kids at first, with no idea that I would end up loving this animated feature so much!
END_OF_DOCUMENT_TOKEN_TO_BE_REPLACED
Make a Family Memory: See Kung Fu Panda 3 was last modified: March 21st, 2016 by Melissa Kaylene
January 30, 2016 0 comment
0 Facebook Twitter Google + Pinterest